Hotwife Games at the Nightclub 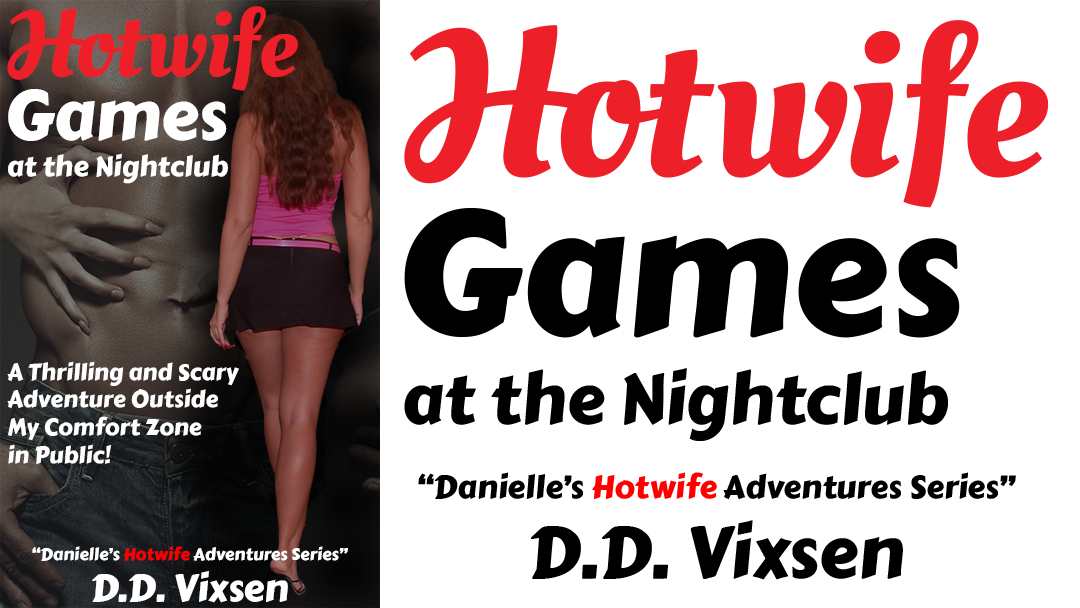 A Thrilling and Scary Adventure Outside My Comfort Zone in Public!

Available on Kindle and Kindle Unlimited

Lately I had been craving doing something very sexual, but it had to be extremely sexually thrilling and scary at the same time. I wanted to do something that would get my adrenalin flowing even before the actual sex happens. I wanted a lot of sexual tension to be built up in me to the point I was about to explode. I wanted to step outside my comfort zone and see just how brave I could be.

This sexual craving had been growing for some time now, and I needed to fill it.

After talking about it with my husband and one of one of my female friends. We came up with a plan to help me fill my intense sexual cravings. My friend and I would dress up sexy and the three of us would go to a nightclub. We planned on making a game out of our idea. My husband would tell us sexually thrilling and scary things to do.

When we arrived at the nightclub and got settled in, I took a deep breath and said to Roy, “What do you want us to do first?” He smiled with a devilish grin and gave us our first sexual task. My friend and I both swallowed hard and knew we were in for a very sexually intense and scary night. And hopefully we would not get arrested. Let the hotwife games begin.

Read the entire story on Kindle by visiting the link below.

Hotwife Games at the Nightclub on Kindle

The Mirrored Bedroom – Why was Danielle blindfolded in a mirrored bedroom?

Danielle Scratched on the Eight Ball – Did she really scratch on purpose?

Danielle Tries out the Groping Cage

Just enter your email below, check the I'm not a robot checkbox and then click on the Subscribe button.