How to Spot Fake Swingers Online 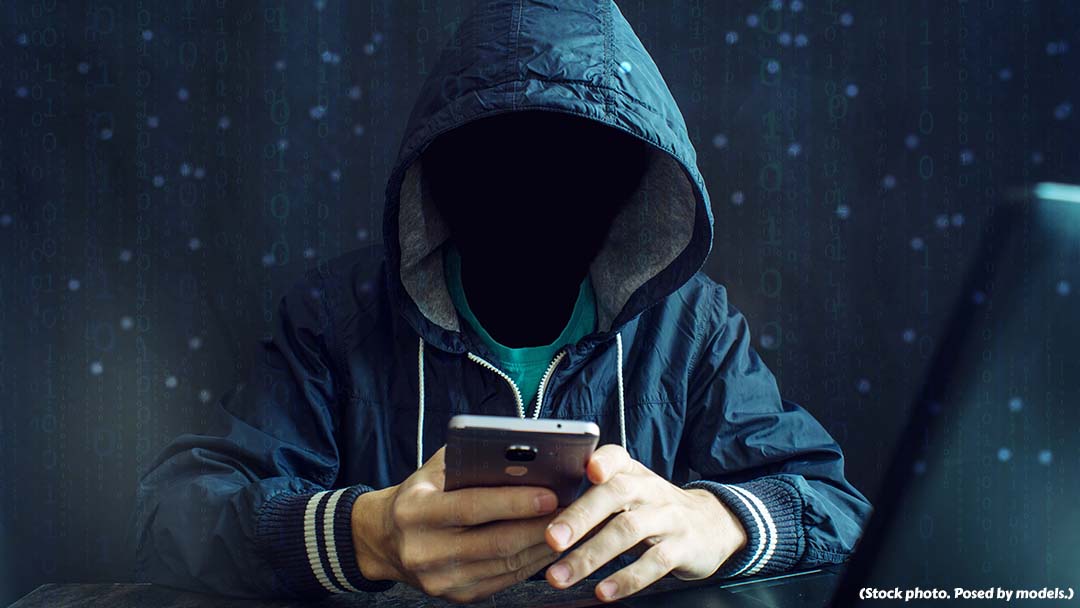 You’re on a swingers site and see a couple you want to possibly get to know. Or you see someone in a swingers chat room and are interested in them.

How do you know if they are real swingers or someone pretending to be a swinger that has bad intentions?

How do you spot fake swingers online?

Fake swingers leave clues that they are not real swingers. You can find these clues in their profile or the way they chat with you. Beware of pushy people, when the husband only plays alone, when the wife is always not available, and demanding people.

Let’s really look close at how to spot fake swingers online. Keep reading and I’ll fill you in on how to spot these fakes and protect yourself a little better online.

How to Spot Fake Swingers Online

Let’s take a look at the fake swingers online problem and how you can protect yourself from them.

Are There Really Fake Swingers Online?

Yes, there are. It’s sad but true. The online swinger community is rife with fake swingers. Don’t worry, I’ll show you how to spot the fake swingers and find the real swingers.

Sadly, fake swingers are everywhere. These lowlife trolls get off on tricking and fooling people. They do it for the entertainment value or are willing to do just about anything just to get laid. Many also love to trick you into doing things and giving up some of your personal information.

Most of the time it’s just plain idiots doing this but sometimes it’s a vanilla trying to disrupt things and cause problems for the legitimate swingers.

Occasionally a right wing religious or political group will plan an attack on the swinger community and disrupt swinger sites.

For whatever reason they are doing this, it’s best to just avoid them and enjoy life.

Fake swingers can be found on just about every swinger site around. You will find them hanging out in chat rooms and on forums. The majority will be found in live chat rooms. Fake swingers seem to love private messaging also.

These fake swingers will even create fake profiles to assist them with their plan to fool or trick you.

Let’s take a look at swinger profiles and what to look for next.

How to Spot Fake Swinger Profiles

The first step you should take to protect yourself from fake swingers is to carefully read through their profile if they have one. If they don’t have a profile somewhere, I would be very leery of even chatting with them. Personally, I would not chat with them at all.

As you are reading and looking at their profile, here are some things to lookout for.

No profile pictures – If they did not even upload a picture, I would stay away from them unless you know them personally. Some claim to not upload pictures because they are very discreet. If you are worried about others recognizing you, blur out the face or just upload body pictures.

The couple or person looks like a professional model – This is a common tactic a fake swinger uses. They want to reel you in with the promise of swinging with a couple or single that is super hot. Later in this article I will show you a way to check these types of pictures out to see if it is them or of someone else.

The swingers ad or profile is very short – This is usually a sign of a fake profile. Real swingers want you to know a little about them and what they are looking for. These fake short swinger profiles usually look generic to attract as many victims as possible. With a short profile that basically says nothing they can become whatever the victim is looking for while chatting.

Now, let’s move on to a scam that has been around for ages.

I know that headline may have upset some because there are some couples that do have open relationships and they are allowed by their partner to seek out other sexual partners to play with alone. I’m not talking about the honest ones.

If you see the following mentioned in a profile, it’s usually the sign of a single male posing as being married. Or a married man cheating on his wife.

If you see that, pass them by especially if you are new to swinging. Now, if you know the couple personally and have played with them together, and the wife has said directly to you that he can play when she is not around, that is a different story all together.

Now let’s look at a twist on this one. The wife is always not available scam.

The Wife Is Always Away or Not Available Scam

If the wife is never around or always seems to be out of town, you are most likely dealing with a man cheating on his wife or a single guy posing as a couple. Best not to deal with this type at all unless you personally know them.

A twist on this is when you go to meet a couple and only the man shows up. The story he tells is usually about the wife got called to work or was not feeling well.

You may even be told that the wife is running late and will catch up with the three of them. Of course, he gets a text message telling him she is not going to make it and that he should just enjoy himself.

You see where I am going with this one? Of course, there can be legitimate situations but most are going to be pure scams.

If you have this happen to you, just tell the other person that the four of you should reschedule and then leave.

Let’s move on and look at situations where the person gets pushy.

Be Leery of Overly Pushy and Demanding People

If a couple or single is very demanding, wanting all types of pictures or personal information they are most likely fake swingers and trying to make you, their victim. Real swingers don’t demand, they get to know you by slow exchange of only the information needed until they have gotten to know you in person.

Once you meet a couple or single and get to become great friends with them, it’s OK if they get demanding. As long as it’s in a good way.

If they are not willing to answer or sidestep simple non personal questions when trying to get to know them, they are most likely fake swingers also. These types of trolls are worried about getting caught saying one thing one time and the opposite thing another time.

It seems many couples in the swinging lifestyle are looking for single females. Especially new swingers. Be very careful that you don’t get scammed by a guy posing as a single female or what is known as a gold digger.

The sad part is that most of the single female profiles are really guys trolling for your personal information or just to fool you.

Another fake single swinger female is the gold digger. They are really females but are only out to take your money or have you buy them expensive gifts or trips. I’m sure you have seen gold diggers on the news many times.

If the supposed single female starts asking you to pay to fly them to see you or wants you to send them money to help them out, end the conversation unless you personally know them. You are most likely just got targeted by a gold digger.

If you want to meet a single female, it’s best to meet them at swinger parties or through friends. Then, when you chat with them online, you know they are the real deal.

Let’s now explore other ways to weed out the fake swingers from the real ones.

Put on your private investigator hat. I’m going to cover some investigative techniques you can use to weed out the fake swingers from the real swingers.

Now here is a big one. You will need to be using the Chrome browser to make this easy. If they have pictures posted that you feel may not be them, right click on a picture and select search Google for image. Edge browser also has a similar feature.

Next, I’ll talk about a way you can make it easier to make sure someone you are chatting with is a real swinger.

Use Only Reputable Online Swingers Sites

One of the best ways to protect yourself from fake swingers is to use only reputable swinger sites.

One of the methods used by reputable swinger sites is to have some type of verification system in place.

Some will actually verify a new member is who they say they are.

Another method used is to have trusted members verify if they have met and will vouch for a new member. These usually have a badge or a rating by their name. The more members that have met someone the higher their rating.

Another way to help protect yourself from fake swingers is to allow only paid members of a swinger site to contact you. Block all free members. I don’t particularly like this method, but it can help.

Of course, even reputable swinger sites have some fake swingers. So, still be careful with who you chat with and decide to meet in person.

When meeting new swingers online, always use your common sense. If something does not feel right, it most likely isn’t. If you are not sure about someone, just pass them by for now. Don’t take unnecessary chances.

If you later meet them at a swingers party, you can then chat with them online without being concerned about if you are chatting with a real swinger or a fake one. 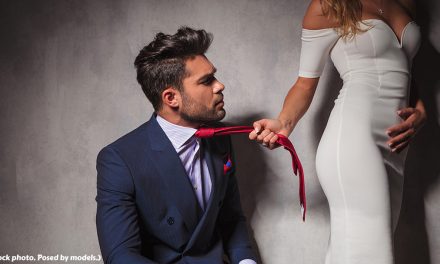 Swinging and the Single Male: A Survival Guide 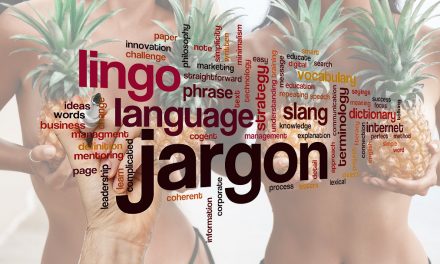 Swinger Lingo You Need to Know 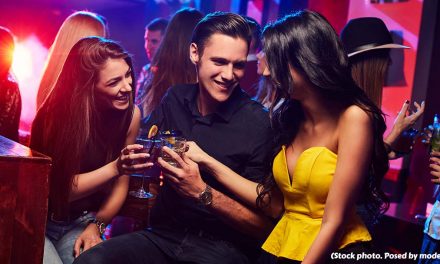 What to Expect at a Swingers Club

Each issue is full of tips, tricks and information to take your swinger lifestyle enjoyment to the next level.

Just enter your email below, check the i'm not a robot checkbox and then click on the Subscribe button.